35 Beach Movie Quotes (from the Beach movie and other films)

Love the movie “The Beach”? Then you’ll love these Beach movie quotes!

I’ve also included movie quotes about the beach (from other movies), that I’m sure you’ll enjoy.

Let’s see them all:

The Beach Movie Quotes & Other Movies

The beach quotes in this article are divided in 2 main categories.

Depending on what you’re looking for, you can scroll straight down to the relevant part for you!

Here are the 2 type of quotes you’ll find below:

Quotes From the Movie “The Beach”

This first category is dedicated to the Beach movie quotes.

The Beach is a drama adventure movie released in 2000, directed by Danny Boyle and featuring Leonardo DiCaprio.

If you’re a fan of the movie, and looking specifically for quotes from there, you’ll love the quotes below.

Here are the Beach film quotes:

And there you have them all, 15 quotes straight from The Beach movie!

Let’s go back in time with the movie trailer:

If you want to read beach quotes from movies (other than The Beach movie), keep scrolling 👇

Movie Quotes About the Beach

In the second part of this article, you’ll find 20 great beach movie quotes.

All of the quotes included in this second part are about the beach; they’re taken from various movies, and even TV shows.

Find below great movie quotes about the beach:

Read more: the best Song Lyrics about the Beach

I hope you enjoyed reading all of these beach movie quotes, from the movie The Beach and other movies. 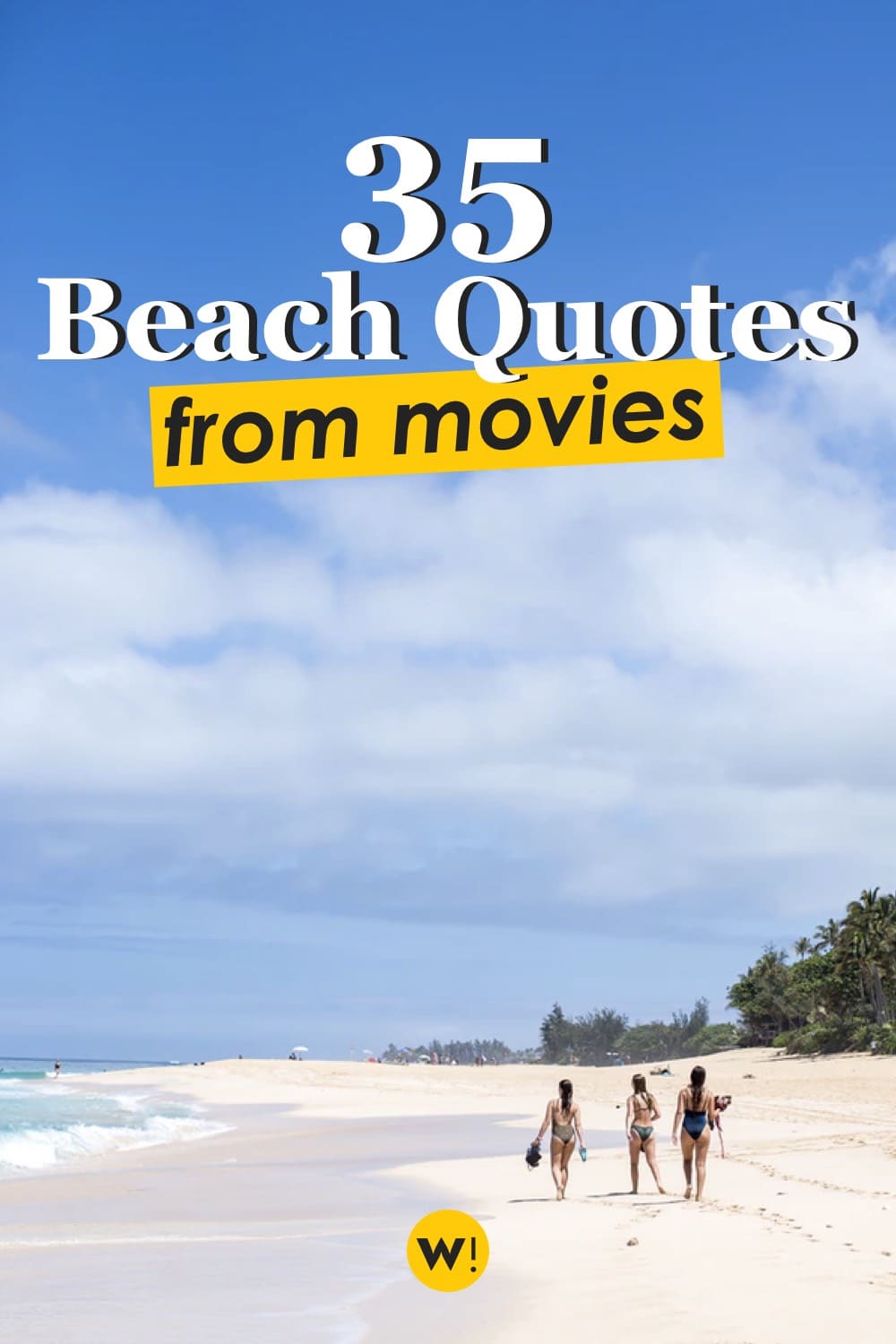