31 Most Famous Quotes About the Beach

Looking specifically for famous quotes about the beach?

Don’t go anywhere; this is exactly what you’ll find in this article!

The first part is dedicated to the most famous one, and the second part to beach quotes from famous people.

Let’s jump straight into it!

Curious what are the most famous beach quotes?

I’ve put together for you the top 10 list of the most famous ones. These are the most used beach quotes online, and I wouldn’t be surprised if you already knew a few of them.

In any case, you can’t go wrong with any of them!

Here are the most famous beach quotes:

So there you have them, the 10 most famous beach quotes!

Did you already know any of them? I knew at least 2 from songs, and I had already seen several other, often mentioned or used on social media.

However in this second part, you’ll find exclusively beach quotes from famous people.

These quotes are from football players, singers, actors, writers, ... You most likely know them!

Find below some great beach quotes from famous people:

And 31, that’s the end of our famous quotes about the beach!

My personal favorite is #9 “To myself I am only a child playing on the beach, while vast oceans of truth lie undiscovered before me.” by Isaac Newton – it’s inspiring to see that even someone as Isaac Newton viewed himself as still having a lot to learn. I often feel discouraged because I have so much to learn, but I guess it’s just inevitable. 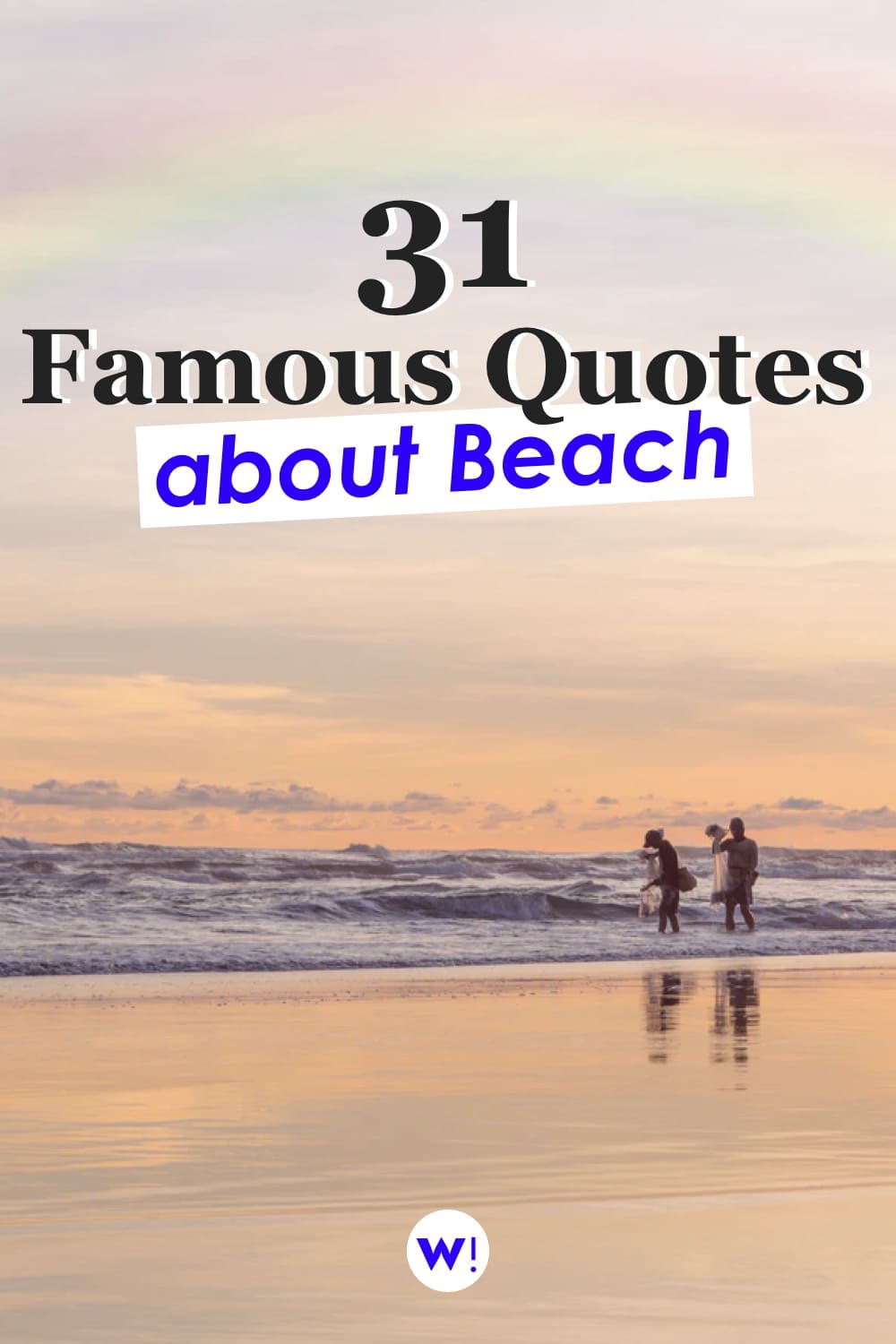