Similarly to his sensei Zabuza Momochi, Haku has marked Naruto viewers from all around the world with his emotional story.

Despite his short screen time/manga time, he left us with powerful quotes.

I’ve put together for you his best ones: 19 Haku quotes.

The Best Quotes from Haku

Haku is a ninja from the Yuki clan, who had a tragic life.

His father killed his wife -Haku’s mother- after discovering her special abilities. He was also about to kill Haku himself, but Haku used his Ice Relase (kekkei genkai) to hill him before he could.

Emotionally damaged from this story, the orphan Haku later met Zabuza, who took him under his wing to be his weapon, and trained him.

We learn all of this during their fight against Naruto, Sasuke, Sakura and Kakashi.

Let’s relive the episodes through the most iconic quotes.

All of these quotes made you want to rewatch the episode?

Want even more quotes from Haku?

Well, I’ve got 9 more in stock for you, just keep scrolling 👇

And there you have them all, the full list of 19 Haku quotes.

Is there any quote from this ninja that I forgot to add in the list? If so, let me know in the comments below so I can add it!

I hope you enjoyed reading through them, and that you found at least one that resonates with you. If you want even more quotes from Naruto, check out below for the other posts. 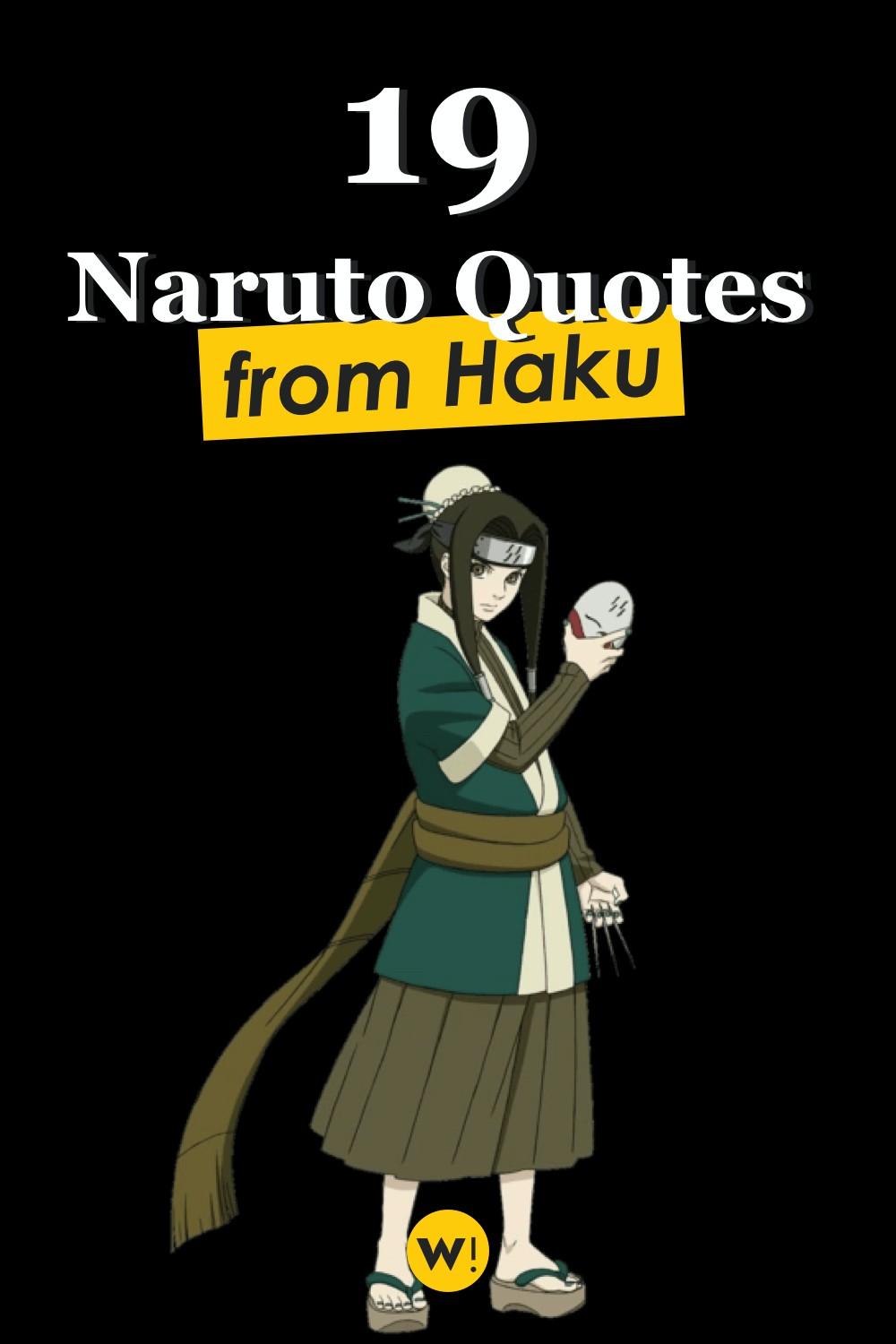