72 Hatake Kakashi Quotes (for all the Naruto fans!)

Hatake Kakashi, also known as the Copy Ninja, is a Jonin from Konoha.

He’s the first sensei of Naruto, Sasuke and Sakura (in team 7), and plays a central role in Naruto’s success as a shinobi.

Kakashi is a well-rounded ninja, respected by all; let’s dive deep in his character with 72 awesome Kakashi quotes!

Kakashi is one of the main characters from Naruto, which means there’s no shortage of great quotes from him.

To make it easier for you to browse through all of these 72 quotes, I’ve split them in 7 categories:

Let’s start with our first category, the best quotes from Kakashi.

Below are all of Kakashi best quotes:

And there you have them, the 10 best Hatake Kakashi quotes!

These were the best all-around, but now let’s go in deep with quotes based on specific topics.

Kakashi is undoubtedly one of the funniest characters in Naruto; not because of what he does, but mostly because he always has witty comments.

Whether it’s jokes about why he’s late again, or snarky remarks about his students and Naruto, Kakashi quotes always make me laugh in the anime.

Which Kakashi Hatake quote did you find the funniest?

For me it’s the excuse about being late because of traffic... Hilarious 😀

As a sensei, it’s Kakashi’s job to train his students.

But he doesn’t only train them physically, but also mentally. He’s the motivational figure in their life, and he’s always there to lift others up.

Because of that, it was easy to find some great Kakashi motivational quotes for you.

I hope you got inspired by these Kakashi quotes; Naruto sure did!

Let’s keep it going with our next category, dedicated to Kakashi Hatake quotes about friends.

The relationships between shinobis are a central part of Naruto, and Kakashi often highlights the importance of friends in life.

Get your favorite Kakashi friend quote in this selection:

That was it, 8 great quotes about friendship from Kakashi.

And while we’re on the topic of relationships, let’s move to our next category dedicated to love! ❤️

Truth is, there is no real love story for Kakashi in the manga.

Because of that, there aren’t really a lot of Kakashi quotes about love.

I’ve managed to find a few, though, mostly from Kakashi talking about the love of others.

Here’s the shortlist of Kakashi Hatake sayings about love:

Yes I know, there wasn’t that many.

But hey, if you want more love quotes, check out this compilation of Naruto quotes about love!

He is, however, the sensei of Sasuke, which is all about revenge.

In his interactions with Sasuke, Kakashi often talks about revenge, to try to discourage Sasuke from pursuing it.

Did you find the right Kakashi revenge quote you were looking for? Sure hope so!

Anyways, if you want to keep browsing, I have a lot Kakashi sensei quotes waiting for you below 👇

And finally, the last category of Kakashi quotes and sayings.

The quotes below don’t fall in any of the previous categories, but that doesn’t mean they’re any less awesome!

And boom, there you have them all, the 72 quotes from Kakashi Hatake!

Let’s end it with one last thing, to identify the most famous quote from him.

What Is Kakashi Famous Quote?

“In the Ninja world, those who break the rules are scum, that’s true. But those who abandon their friends are worse than scum.”

This is the most famous quote from Kakashi, initially said by his friend Obito.

Obito’s words really got through to Kakashi’s heart, and he’s made this quote his ever since (also known as the Kakashi scum quote).

Wow congrats, you made it to the end!

I hope you liked reading through this list, and rediscovering some of the most iconic quotes from the anime.

If I had to choose just one quote Kakashi said in the manga, my pick would be #8 “Regardless of what happened, you did the best you could. I understand that now... you broke the rules for all our sakes I’m proud of you now...” – such an emotional moment when Kakashi finally understands his father’s choice and tells him he’s proud of him. 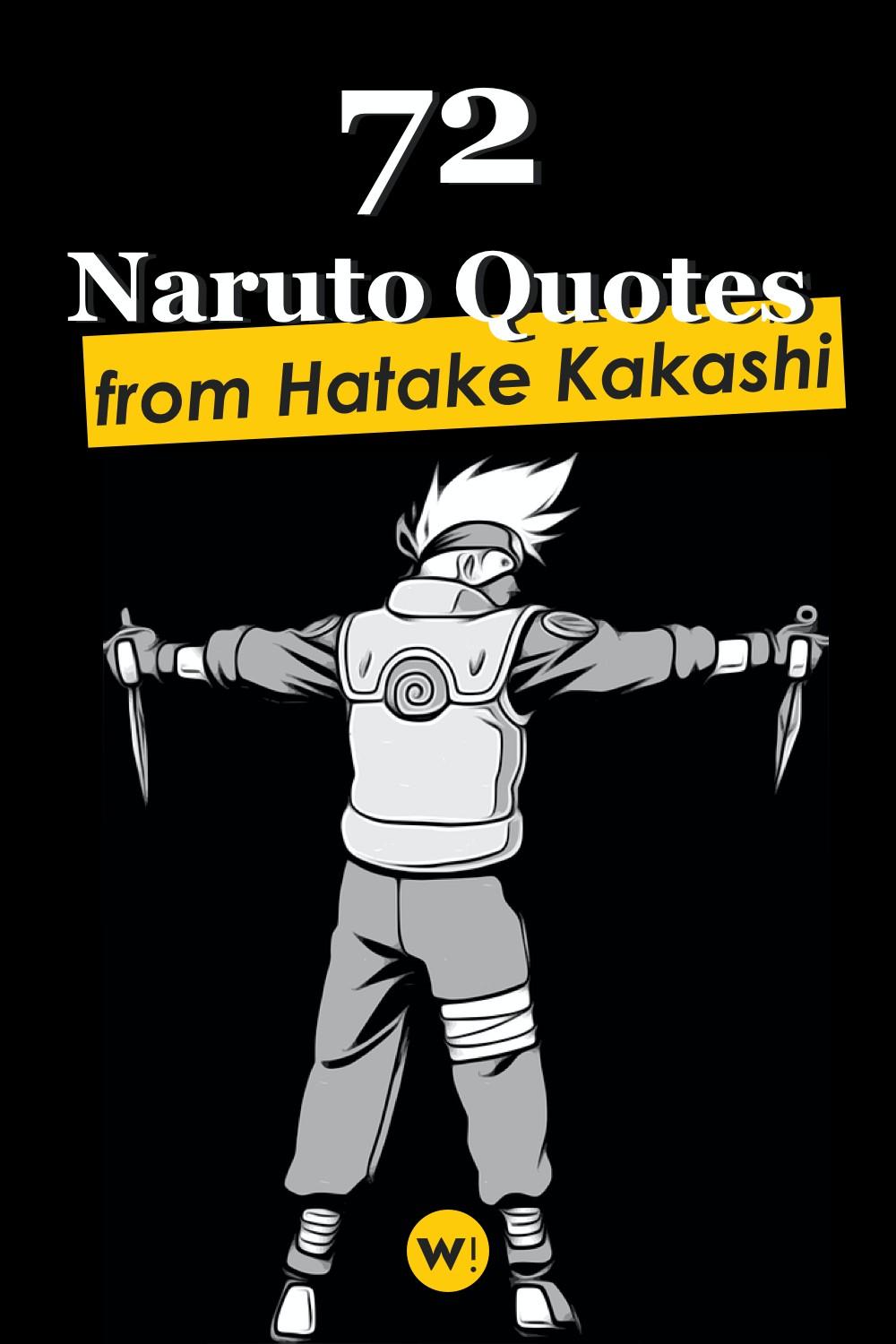