21 Wild Kiba Inuzuka Quotes from Naruto (and Akamaru, too!)

Oh and of course, let’s not forget about Akamaru!

Let’s see all the best quotes from the Konoha wolf!

Kiba Inuzuka is a ninja from Konoha, and one of the first characters we see in Naruto.

He’s a member of Team Kurenai (team 8), alongside Hinata Huyga and Shino Aburame.

Here are the best Kiba quotes:

So there you go, the 10 very best quotes from Kiba!

Check out this amazing video below that shows Kiba’s evolution over the years in Naruto:

Oh and if you want even more quotes, just keep scrolling! 👇

Most of the time, Kiba is the funny character in Naruto. Always acting silly, throwing jokes, and getting mad over the most stupid things.

But if you look past this side of him, you’ll find a loyal and brave ninja, that’s ready to do anything for his companions.

Let’s see both part of him in the quotes below.

And there you have them all, the 21 wild quotes from Kiba & Akamaru!

My personal favorite is #7 “If I kick enough asses I might even end up Hokage!” – every time Kiba says he wants to be Hokage before Naruto, everyone laughs at him; but that doesn’t stop him from saying it over and over again! 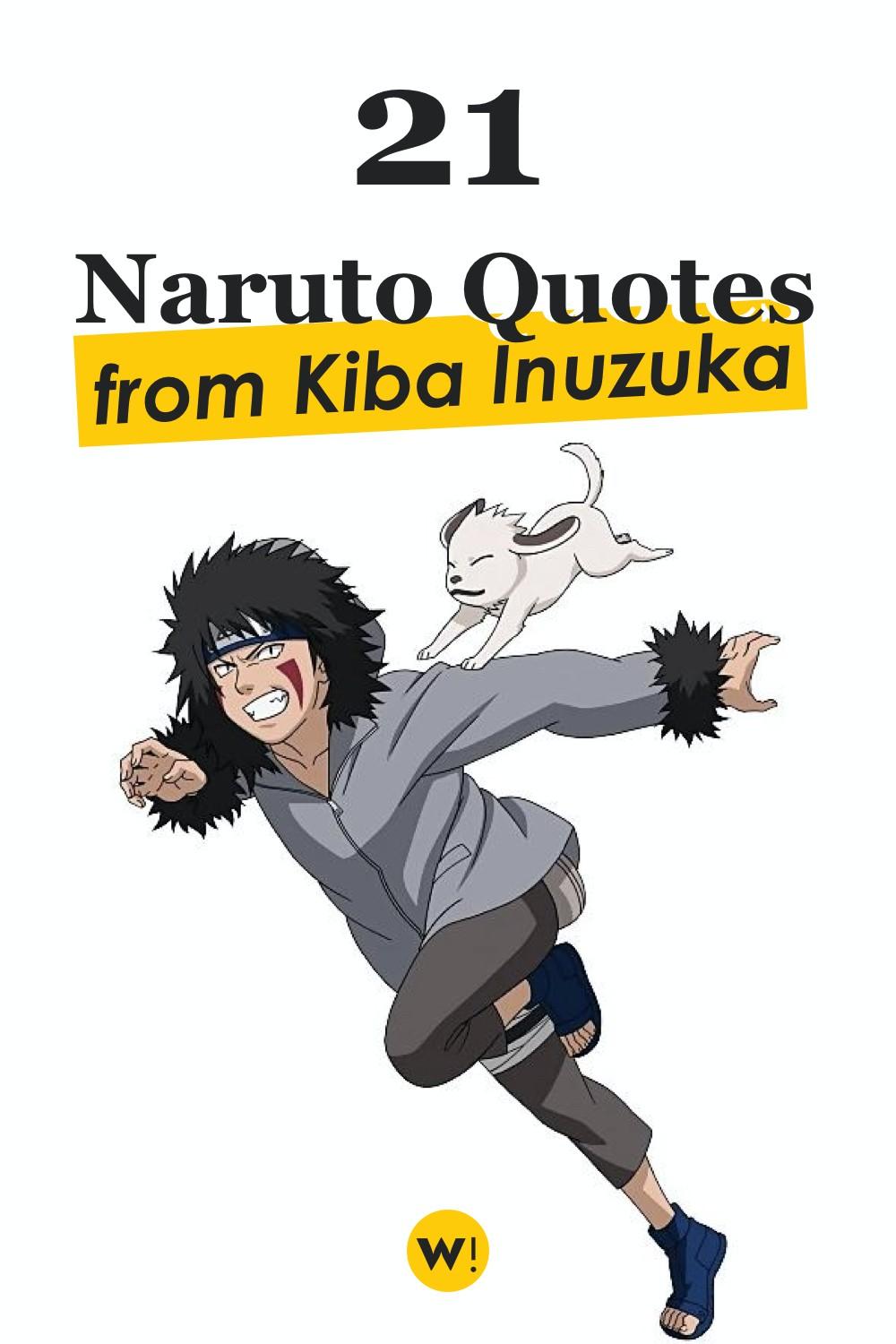