Nara Shikamaru is one of the key characters from Naruto & Naruto Shippuden.

He’s part of team 10 with Ino and Choji, also known as Team Asuma.

Shikamaru is lazy by nature, but he’s also a genius and a great leader; and all of these make for some great quotes.

Even though it’s a drag, we’ve put together for you 43 Nara Shikamaru quotes!

Let’s start things off right away with our first category, dedicated to the very best quotes from Shikamaru.

These are the most iconic quotes from him in the whole series, hands down.

Probably his most iconic quote of the whole show. Just for fun, here’s a compilation of “What a drag” (spoilers ahead)

The long version of the famous Shikamaru cloud quote.

So there you have them, the very best quotes from Shikamaru!

Wondering why there’s no quote about him being lazy? Eh, keep scrolling! 👇

I mean, he’s without a shadow of a doubt the laziest character in Naruto, and laziness is one of his defining character traits.

I bet Shikamaru wouldn’t even have read that far in the post.

But hey, glad you did! And in fact, I have 24 more in stock for you below.

Shikamaru from the Nara clan is lazy, yes, but he’s also a genius. And a great leader.

This all makes for a lot more interesting quotes from him in the series, including some pretty inspirational ones.

Get even more Nara Shikamaru quotes:

And there you have them all, the 43 Shikamaru quotes from Naruto.

I hope you liked them, and that you enjoyed reading them all.

My personal favorite is #13 “It’s not because I’m lazy, it’s just because I don’t care.” – the great reason behind him not doing much (or is it just an excuse?). 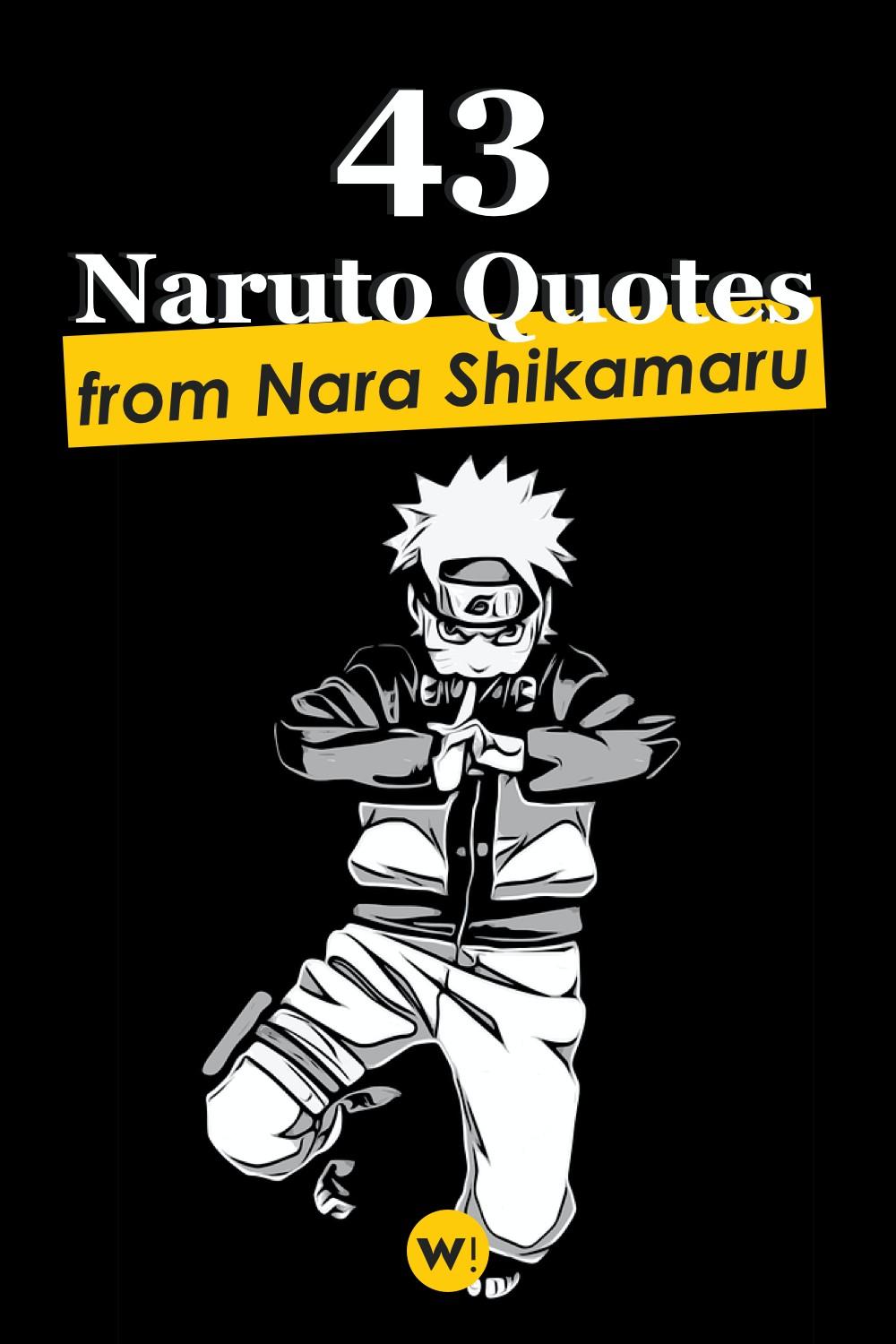