Looking for quotes from the legendary Sannin Orochimaru?

Well you’re in luck, because I’ve put together for you over 30 epic Orochimaru quotes.

Let’s jump straight into them!

The Best Quotes from Orochimaru

Orochimaru is a ninja from Konoha, that was initially in Team Hiruzen, being taught by the Third Hokage alongside Jiraiya and Tsunade.

He’s known as one of the 3 Sannin (Densetsu no Sannin, the Three Legendary Shinobi), title given to Jiraiya, Tsunade and Orochimaru by Hanzo during the Second Shinobi World War.

After the war, he became obsessed with immortality, and started some unethical experiments on Konoha citizens. He was caught by the Third Hokage, and deserted the village.

Find below great Orochimaru quotes about death, jutsu, and more:

So there you go, the 10 best quotes from Orochimaru.

Ready to re-live Orochimaru’s evolution through the anime? Check out the amazing video below:

And if you want more quotes, just keep scrolling 👇

Luckily for you, there are a lot more quotes available, as Orochimaru was a key character in the anime.

In either case, we have a lot of wise (and sometimes creepy) quotes from him.

Here are more Orochimaru quotes to Sasuke (his favorite), and to others:

And there you have them all, the 34 epic quotes from Orochimaru!

The one I like most is #6 “I wanted to be the wind that changed the world but now I just want to watch things change themselves.” – I loved the character development, when through all the experiences Orochimaru slowly decided to be more of a spectator and be there along the journey rather than the main protagonist. 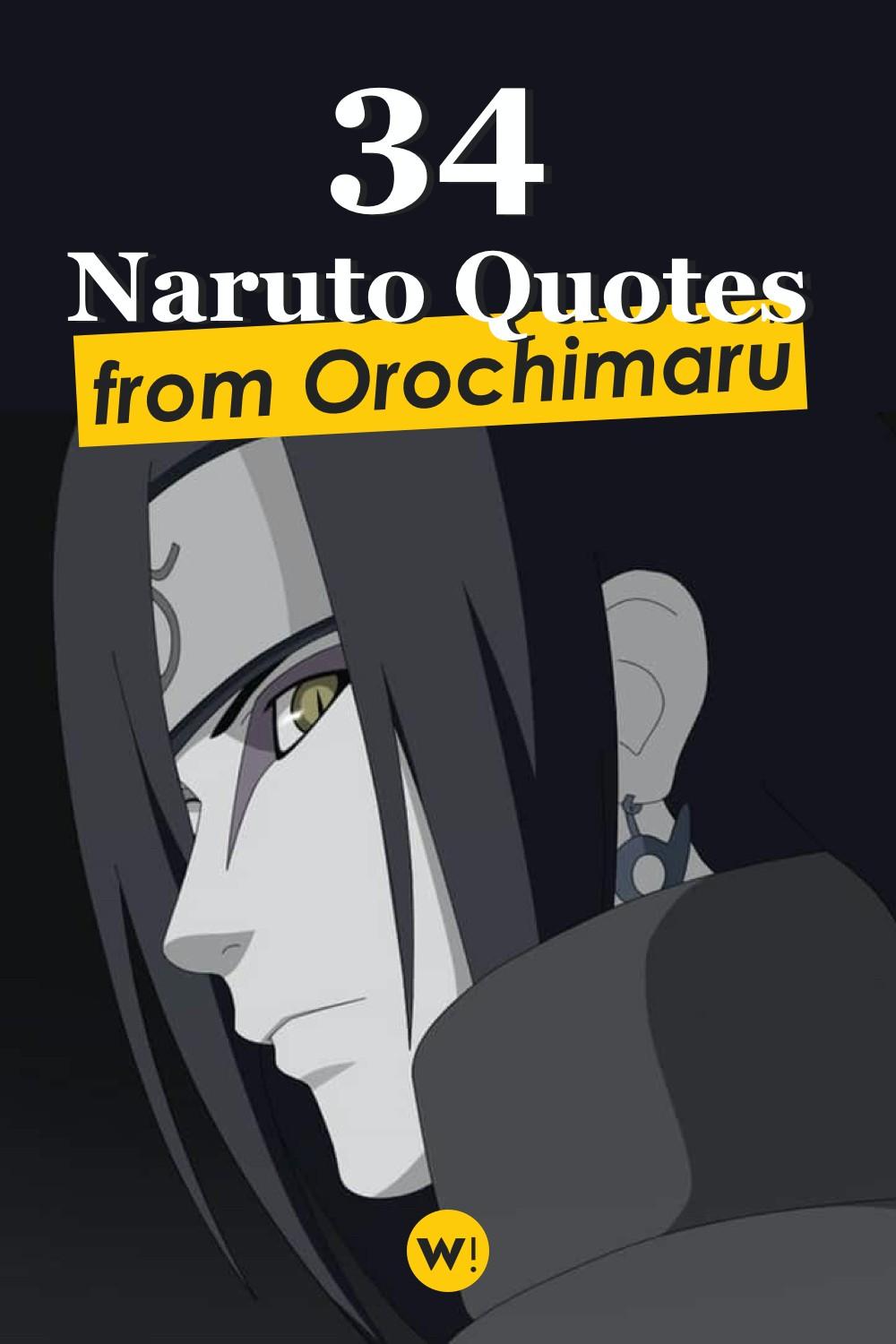