Are you looking specifically for peaceful waterfall quotes?

Then start scrolling, because I have 39 of them waiting for you below!

All of the quotes below are quotes about waterfalls and peace, and they should be exactly what you’re looking for.

If you’ve ever stood next to a waterfall, you’ll know how peaceful it can get.

Granted, peacefulness is not the first thing that comes to mind when thinking about waterfalls. We often relate them to power, strength, and the crashing of all this water some feet below can seem quite impressive.

However the constant flow of water can bring up a sense of peace, similar in a way to waves hitting the shore.

So there you have them, the 10 best peaceful waterfall quotes!

And if you want to get in the mood, click play on this video below to get some nice peaceful waterfall sounds for relaxation.

Yes yes, I promised 39 quotes. Don’t worry, they’re all there.

More Quotes About Waterfalls and Peace

If you didn’t find quite the right quote for you in the 10 above, don’t despair.

Peaceful waterfalls have inspired many a poet, author and philosophers over the year.

Thanks to them, I have 29 more peaceful waterfall quotes for you.

Find below more quotes about waterfalls and peace:

That’s the end of our peaceful waterfall quotes!

My personal favorite is #2 “Amazing how a thundering water can be so violent, and calming at once.” A good reminder that things might be more complex that they seem at first look. 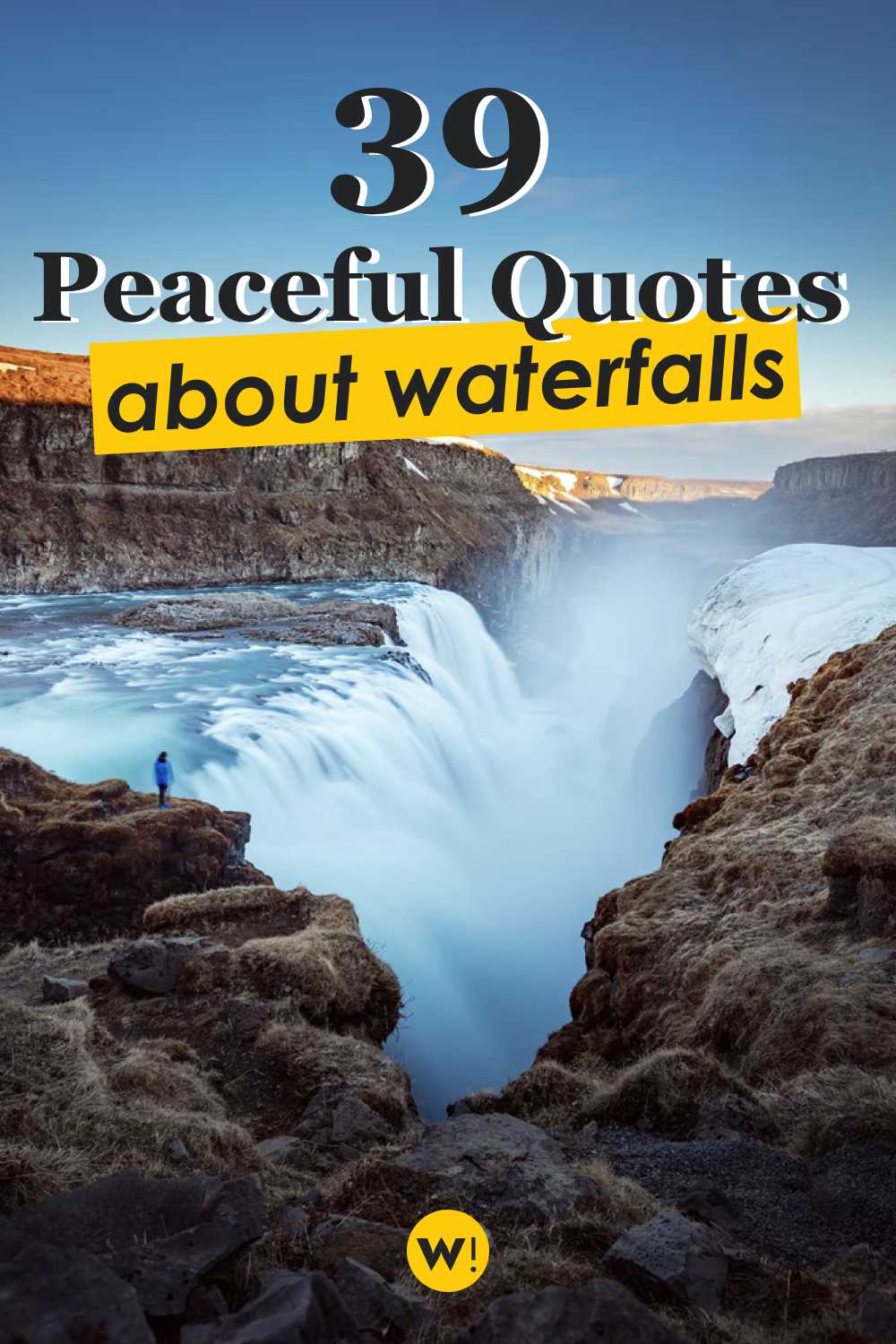