Zabuza Momochi is probably one of the most loved villains in Naruto.

This statement is even more impressive given the very short appearance he makes in the series.

But it was more than enough to leave us with memorable words; in fact, we have managed to put together 15 iconic Zabuza quotes.

Zabuza Momochi, Demon of the Hidden Mist, is a ninja from Kirigakure.

He’s one of the legendary Seven Ninja Swordsmen of the Mist, but deserted his village after a failed coup against the Mizukage.

His first -and most important- appearance in the series is when he tries to murder Tazuna, a bridge builder. However Tazuna was protected by Konoha’s team Kakashi (Kakashi, Naruto, Sasuke and Sakura).

The fight of team Kakashi vs Zabuza & Haku is an absolutely epic fight, yet very emotional. I’m not ashamed to say I’ve shed a tear at the end of the fight, overwhelmed by emotions.

Let’s relive the episode together through some of the best Zabuza Momochi quotes.

Here are the best quotes from Zabuza:

And there you have them, all of the best Momochi Zabuza quotes.

Want even more? Watch the fight vs Kakashi again!

I hope you found the quote you were looking for in the bunch, or that you enjoyed remembering one of the earliest episode of the show through these quotes.

Anyways, what was your favorite quote of them all? Let me know in the comments below and tell me why you loved it!

My personal favorite is #3 “Your words cut deep, deeper than any blade” – even for such a skilled swordsman like Zabuza, words are a powerful weapon. 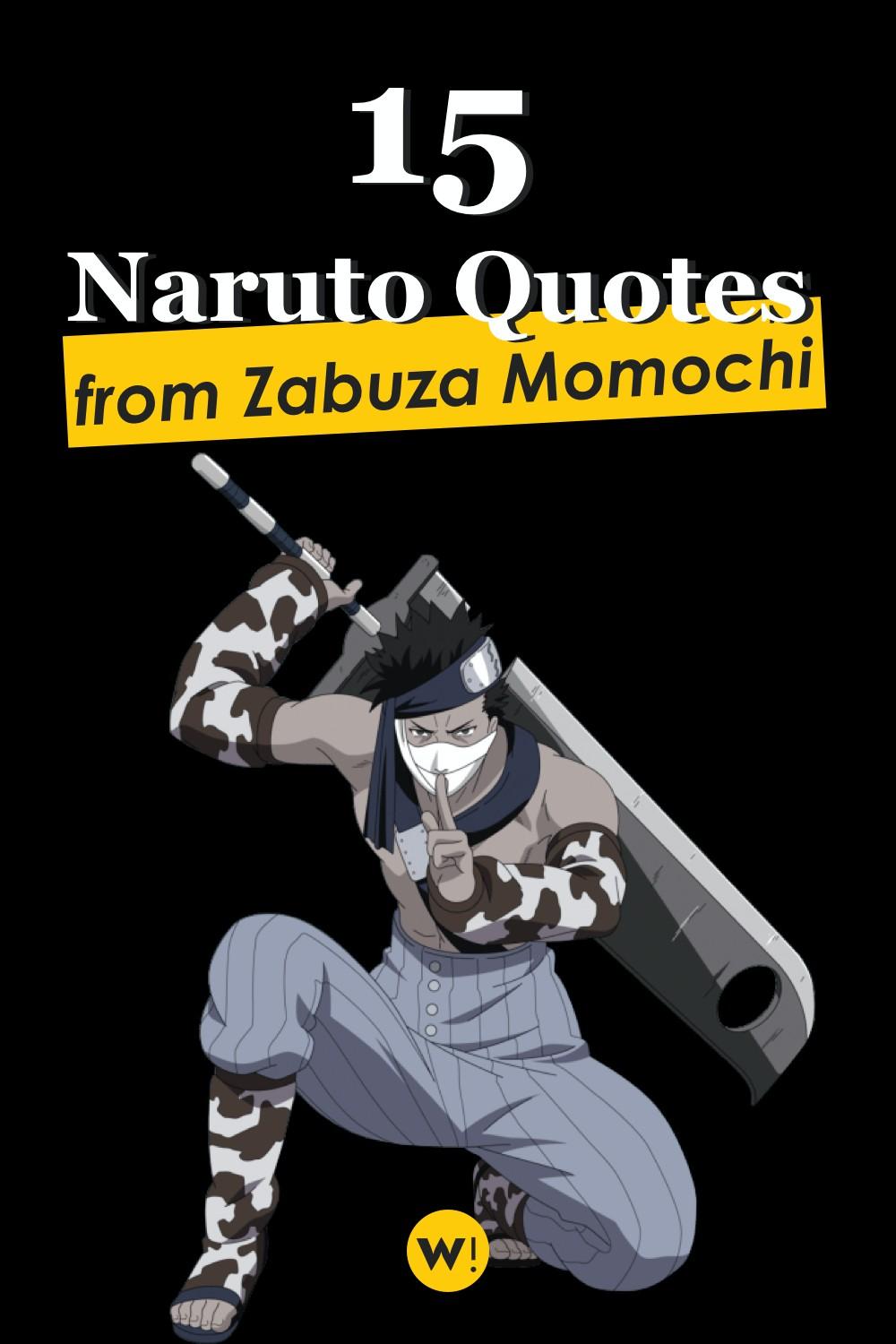